Merino, breed of fine-wool sheep originating in Spain; it was known as early as the 12th century and may have been a Moorish importation. It was particularly well adapted to semiarid climates and to nomadic pasturing. The breed has become prominent in many countries worldwide. 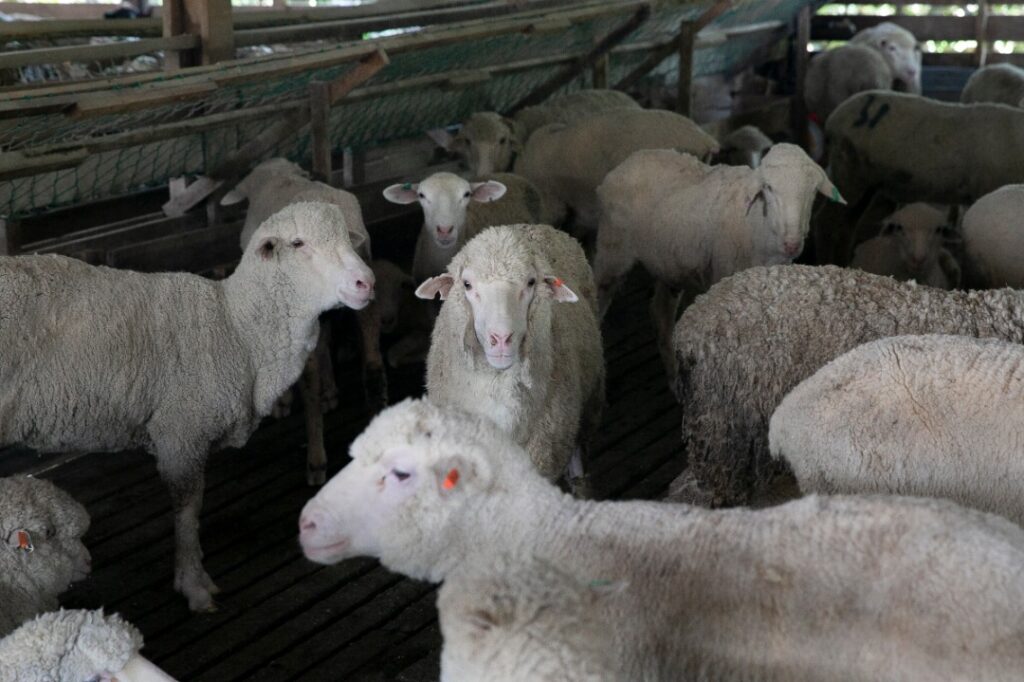 Merinos vary considerably in size, conformation, and extent of skin folds. The colour of their faces and legs is white. Although they have a considerable growth of wool on their faces, it is seldom extensive enough to cause wool blindness. The fine wool fibres of Merino fleeces are beautifully crimped. Through selective mating and crossing with other breeds, the Merino has served extensively as foundation stock in the creation of many useful breeds and strains of sheep.

The Dorper is a South African breed of domestic sheep developed by crossing Dorset Horn and the Blackhead Persian sheep. The breed was created through the efforts of the South African Department of Agriculture to breed a meat sheep suitable to the more arid regions of the country. It is now farmed in other areas as well, and is the second most common sheep breed in South Africa. 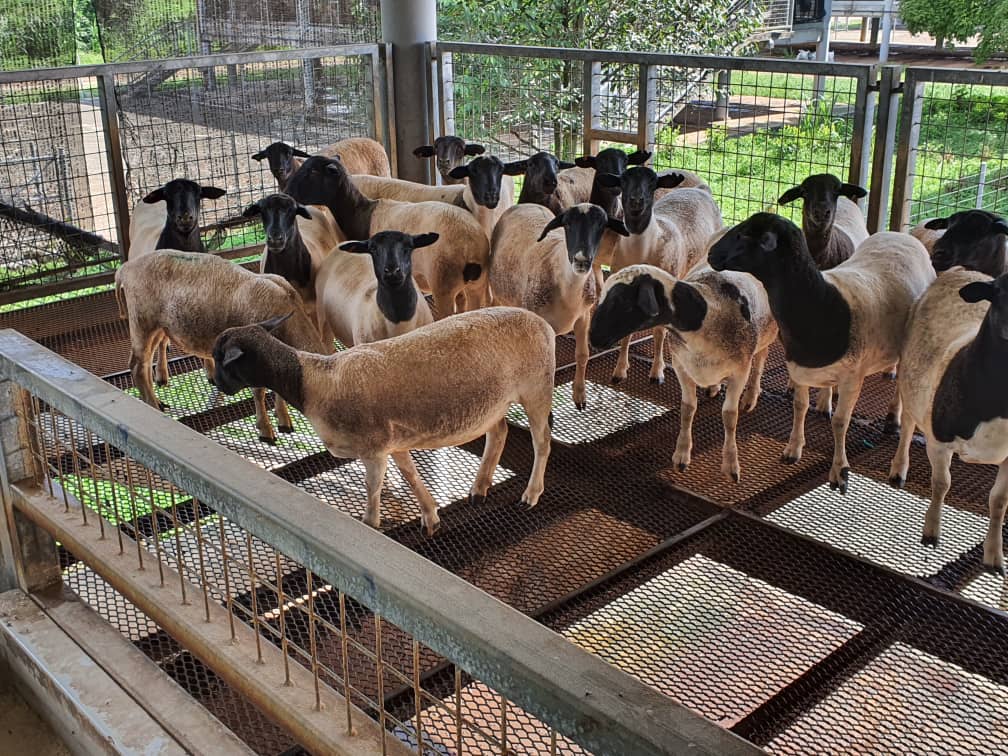 A Dorper is a fast-growing meat-producing sheep and easy-care animal that produces a short, light coat of wool and hair that is shed in late spring and summer. It was developed in South Africa and is now the second most popular breed in that country. The Dorper Sheep Breeders Society of South Africa was founded in 1950 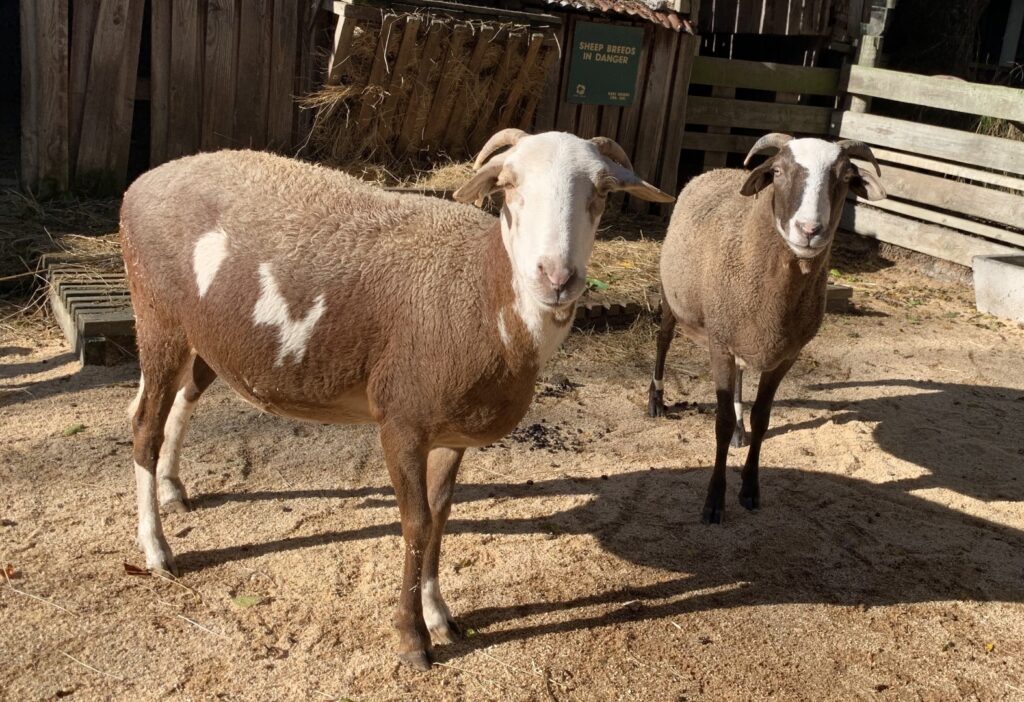 The breed originated from the Hamites of Eastern-Asia and Egypt and moved down to the present day Namibia and Angola. The Damara is a fat-tailed sheep that grows short, coarse hair. They can be uni-colored (black, brown or white) or multi-colored (black and white pied). Damara sheep can survive in a harsh environment and under poor nutritional conditions. The breed is exceptionally vigorous and can produce and reproduce where water and grazing is fairly restricted. This makes it very suitable for the communal areas of Namibia where extreme conditions are usually the norm rather than the exception. Research has however shown that the breed responds very well to optimum conditions. 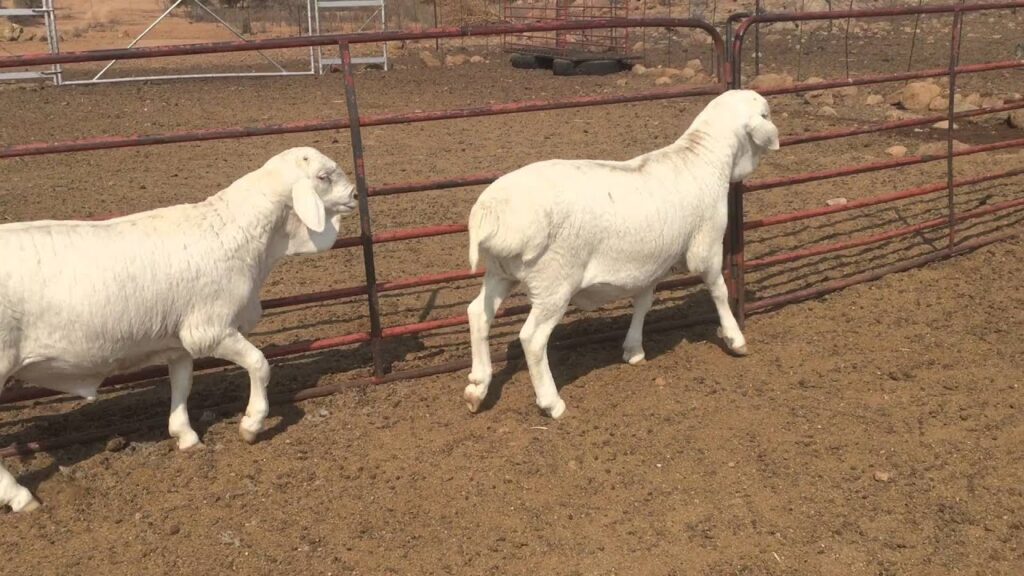 The Van Rooy, also known as the Van Rooy White Persian, is a breed of domestic sheep native to South Africa. The Van Rooy was first developed in 1906 by (and named for) J. C. van Rooy, a South African Senator and farmer in the Bethulie district. The Van Rooy is cross between indigenous Ronderib Afrikaner sheep, and Rambouillets. It is a fat-tailed sheep and also a hair sheep, removing the need for shearing and crutching. They are generally kept for meat production, and are very well-suited to arid climates. Van Rooys are polled, have drooping ears, and are entirely white. The breed is relatively rare, even in South Africa, but has also been exported to Namibia and Zimbabwe. 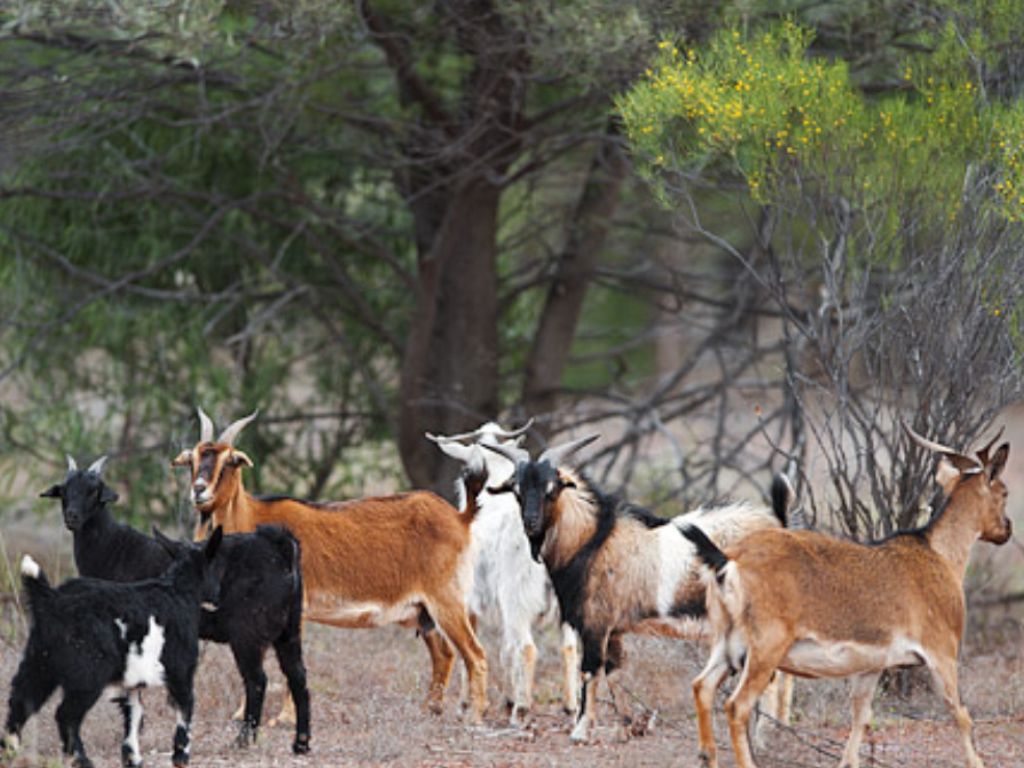 Feral goats consist of many breeds of goats, all of which stem from the wild goat, C. aegagrus. Although breeds can look different, they all share similar characteristics. Physically, both domestic and feral goats can be identified by their prominent straight horns (more prominent on male goats), rectangular pupils, and coarse hair. In addition, most domesticated goats/feral goats lie around 100 – 120lbs, with heavier goats tending to be wild goats. 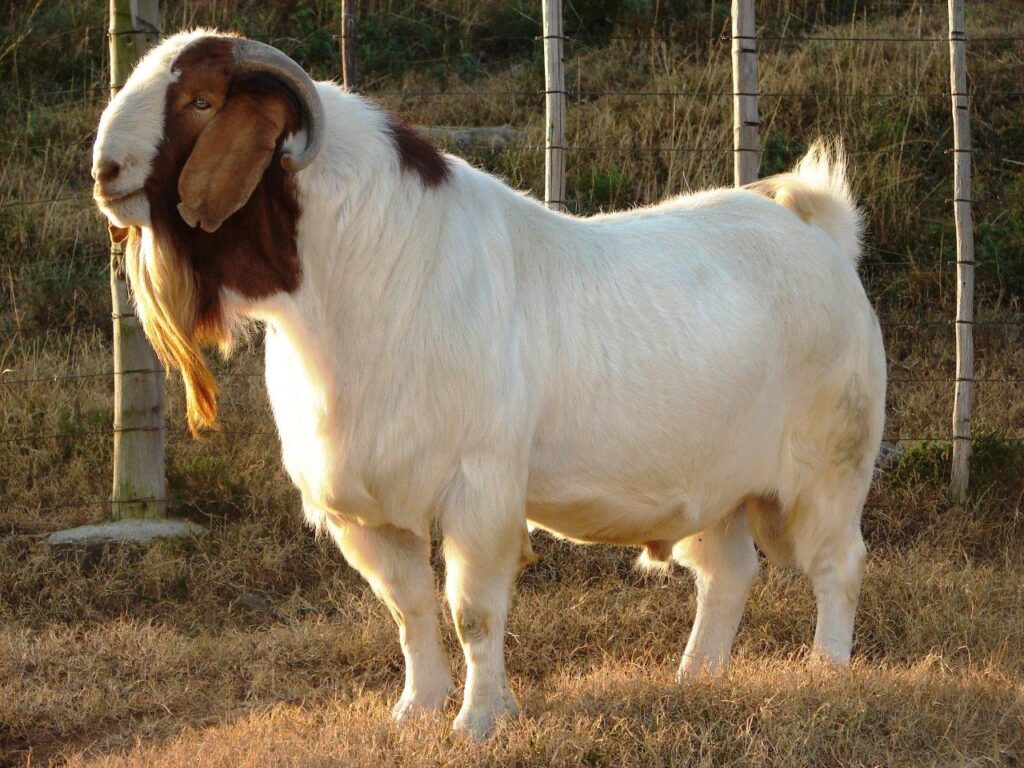 The Boer goat is a breed of goat that was developed in South Africa in the early 1900s and is a popular breed for meat production. Their name is derived from the Afrikaans (Dutch) word boer, meaning farmer.
Boer goats commonly have white bodies and distinctive brown heads. Some Boer goats can be completely brown or white or paint, which means large spots of a different color are on their bodies.

Interested in becoming Dr Daging Affiliate Partner? Join us now by creating an account with us.
Already registered? Login to start earning.